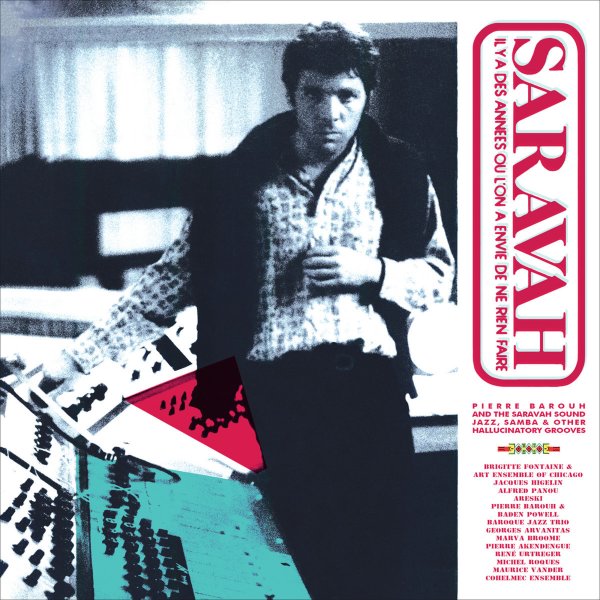 Also available
Various — Pierre Barouh & The Saravah Sound ... LP 32.99
One of our favorite record labels of all time finally gets its due – in a wonderful package that not only brings together some of the coolest cuts from the legendary French imprint Saravah Records, but also tells the story behind the company and it's groundbreaking approach to music! Saravah was born from the fame of Francis Lai's soundtrack for A Man & A Woman (Un Homme Et Une Femme), and from the lyrical contributions of Pierre Barouh – but immediately after, the company began pursuing a musical path like no other – taking on strands of jazz, world music, and the hippest styles in France – and creating new music that was unlike anything that had ever been recorded! Some of the best moments from the legendary label are here – including tracks that have the Art Ensemble of Chicago working with singers – Marva Broome on "Mystifying Mama", Alfred Panou on "Je Suis Un Sauvage", and Brigitte Fontaine on "Comme A La Radio" – plus more titles that include "Monsieur Chimpanze" by Michel Roques, "Sicilienne" by Maurice Vander, "Delhi Daily" by Baroque Jazz Trio, "Le Bruit Et Le Bruit" by Beatrice Arnac, "EDF Power" by EDF, "Trane's Call" by Georges Arvanitas, "Saudade" by Pierre Barouh & Baden Powell, "Je Jouais Le Piano" by Jacques Higelin, "Desert Angel" by Cohelmec Ensemble, and "80 AB" by Areski.  © 1996-2022, Dusty Groove, Inc.