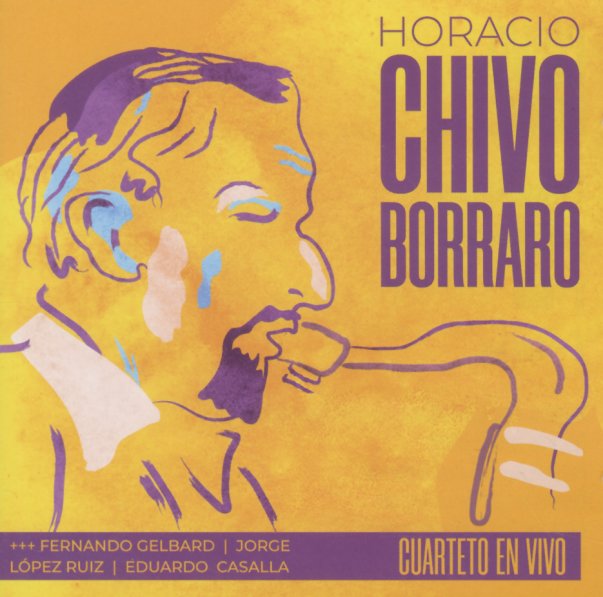 Very early work from this legendary Argentine saxophone player – and a set that already shows the tenor of Horacio Chivo Borraro stretching out in ways that would be come more internationally known in the 70s! The format's a live one, as you'd guess from the title – and the group is superb, stretching out on long tracks with Chivo's tenor getting support from the great Fernando Gelbard on piano, Jorge Lopez Ruiz on bass, and Eduardo Casalla on drums – all players who've already absorbed the best modern jazz spirit of the Miles/Coltrane generation, and who are working hard to really make the music their own. Titles include "Blues", "I Love You", "Round Midnight", and "If I Were A Bell".  © 1996-2022, Dusty Groove, Inc.

Viejas Raices De Las Colonias del Rio De La Plata
Trova/RGS (Argentina), 1976. New Copy
CD...$13.99 16.99
One of the coolest records we've ever heard from this legendary Argentine pianist – a set that has Jorge Lopez Ruiz playing lots of Fender Rhodes, and mixing it in with both rootsy Latin percussion and a number of other keyboards too! The set's almost a South American version of some of ... CD