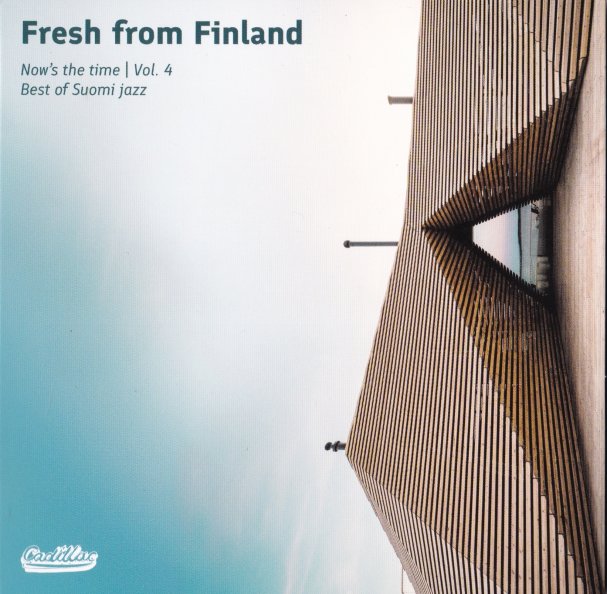 Also available
Various — Fresh From Finland – Now's The Time – Best Of Suomi Jazz Vol 4 ... CD 14.99
A really wonderful overview of sounds from the contemporary jazz scene in Finland – put together with a fantastic ear for the heady grooves and really fresh solo modes that have been bristling up on the scene of late – all of which really come together in the impeccable track selection on the set! Most of these tracks have a highly rhythmic pulse, but at a level that's very different from more familiar jazz funk or fusion – with percussion and basslines that are often nice and earthy, and a very different sense of timing that further makes the tracks stand out! Groups and instrumentation vary in a nice way throughout the collection, and the whole thing is the sort of set that will have you soon digging deeper to unlock some of the best sounds from this overlooked scene. Titles include "Dark Sparkle" by JAF Trio, "En Ut" by UMO Helsinki Jazz Orchestra, "Bilawal" by Superposition, "Imprologue" by Kari Ikonen, "Zigenerskan" by Emma Salokoski Ilmiliekki, "Niin On Kehto Tyhjilaan" by Hot Heroes & Iro Haarla, and "Garag" by Riitta Paakki.  © 1996-2023, Dusty Groove, Inc.