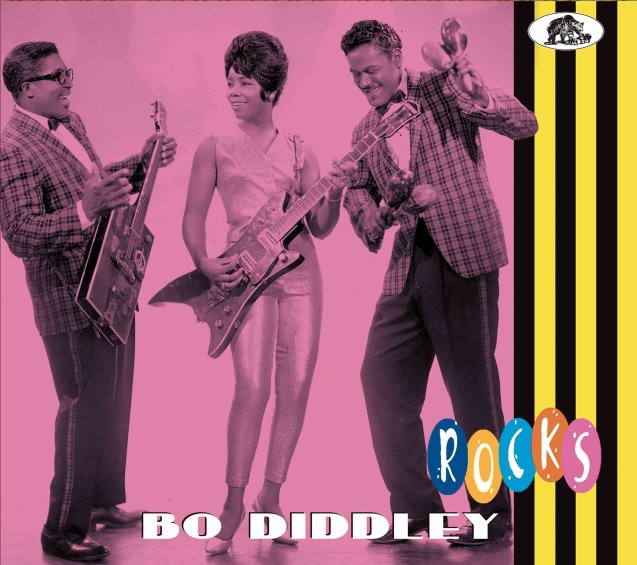 Bo Diddley rocks – and heck, these early recordings practically helped invent the genre of rock and roll – and still have a heck of a lot more staying power than some of the music of his contemporaries! Right from the start, it was impossible to put Bo Diddley in a simple category – as his raw, ragged guitar riffs were a thing unto themselves – as was the fast-moving rhythms of his tunes, and the mix of wit and boldness that often colored the lyrics of his tunes! All that magic is perfectly captured here in a set that features 28 of some of the most hard-wailing early Bo Diddley numbers – presented with the top-shelf package we love from Bear Family, on titles that include "Say Boss Man", "Who Do You Love", "I Can Tell", "She's Alright", "I Am Looking For A Woman", "Dearest Darling", "Gun Slinger", "Hey Bo Diddley", "Ride On Josephine", "Pretty Thing", "Diddley Daddy", "Bring It To Jerome", "Pills", "Cadillac", "Willie & Lillie", "Mona", and "Down Home Special".  © 1996-2022, Dusty Groove, Inc.