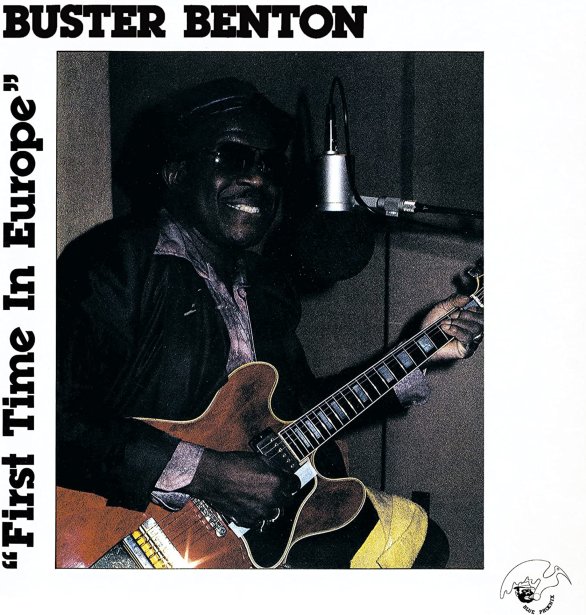 A set that might have been recorded during Buster Benton's first time in Europe – but with a quality that makes him feel right at home – stretching out with some soulful vocals that are even better than his excellent guitar! There's an easygoing quality to the record – not lazy or sleepy – but a way of sliding into a tune that has Benton really sounding like a hell of a singer – almost sinister at times, with these great inflections that are matched in ways by a very different "voice" from his guitar – as Buster works in a small combo with Lafayette Leake on piano, and either John Littlejohn or Joe Beard on second guitar, depending on the track. Titles include "Honey Bee", "Best Piece Of Chicken I Have Had I Stole It", "Lean On Me", "Cold Man", "I Must Have A Hole In My Head", and "Something About The Blues".  © 1996-2022, Dusty Groove, Inc.

Chicago Blues Festival 1979 (with bonus tracks)
Black & Blue/Ultra Vybe (Japan), 1979. New Copy
CD...$14.99 16.99
One of the first recordings to ever feature Lefty Dizz in the lead – done at a time when the singer/guitarist was a young star on the Chicago scene, but getting some key exposure here, thanks to an overseas recordings! Lefty's as great as you might guess from his name – a strong ... CD

Dirty Work Going On (with bonus tracks)
Black & Blue/Ultra Vybe (Japan), 1986. New Copy
CD...$14.99 16.99
Little Joe Blue really sounds great here – opening up with an approach to the guitar that almost seems laidback, as he makes it sound so effortless – cutting these great lines over lean backings by a combo that features Billy Branch on harmonica and Melvin Taylor on second guitar! The ... CD

Midnight Believer/Take It Home
MCA/BGO (UK), Late 70s. New Copy
CD...$12.99 18.99
70s BB King back to back – two full albums in one set! Midnight Believer is one of the most tightly-produced of BB King's albums for MCA, but a set that's still filled with undeniable charm – and which really shows King more than able to step up to some well-deserved superstardom! ... CD

Come Fly With Me/I Feel Good I Feel Fine/Sweet Vibrations/Try Me I'm Real
ABC/BGO (UK), Late 70s/Early 80s. New Copy 2CD
CD...$14.99 22.99
Four fantastic albums from Bobby Bland – all brought together in a single package for the first time! First up is Come Fly With Me – great work from Bobby Blue Bland – one of the few artists to rise up at the end of the 50s, and still find a way to chart their own path forward in ... CD

Smokey Smothers Sings Back Porch Blues
King/Ace (UK), Early 60s. New Copy
CD...$9.99 18.99
A Chicago blues gem – and some of the rarest material issued by King Records in the 60s – very gritty, earthy blues from singer Smokey Smothers – who gets plenty of help in the studio from a young Freddy King! Smothers has this raspy, almost casual style of singing – one ... CD