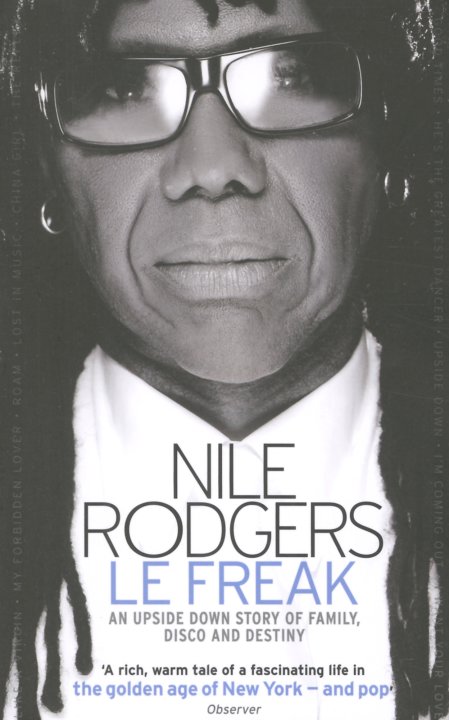 Le Freak – An Upside Down Story Of Family, Disco, & Destiny

The great Nile Rodgers has given the world a huge amount of great music – first through his work in Chic, and secondly through his endless amount of production, studio, and session efforts over the years! Yet the man himself had a tough journey long before stardom – recounted here in a surprisingly honest, almost heartbreaking story – the winding path that the young Rodgers had to wander before hitting it big in the world of 70s soul – a personal legacy that you might not always hear in his music – which is so sharp and classy, it belies the heritage of the man who created it. Nile does a great job of bridging these two aspects of his life here – in a decidedly personal book that can be quite polemical at times, but very forgiving at others – served up here in a softcover volume that's 318 pages, with some black and white illustrations.  © 1996-2022, Dusty Groove, Inc.