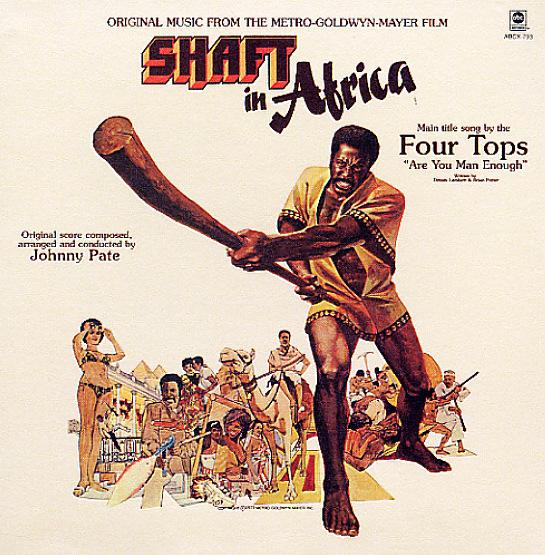 Also available
Johnny Pate/Four Tops — Shaft In Africa ... LP 39.99
One of the greatest blacksploitation soundtracks ever – a massively beautiful record that goes beyond any cliches of the genre, and serves up a fantastically unique batch of tracks! Chisoul arranger Johnny Pate did the music for the film – and (dare we say it?) it's even greater that Issac Hayes' work for the first Shaft film – with a depth, sensitivity, and soul that's really amazing – and which has kept the record at the top of our crates for many years. The 4 Tops turn out a great later vocal on the album's theme tune "Are You Man Enough" – and Johnny himself does stellar work on the tracks "Shaft In Africa", "Headman", "You Can't Even Walk In The Park", "El Jardia", "Jazar's Theme", and "Truck Stop"!  © 1996-2022, Dusty Groove, Inc.