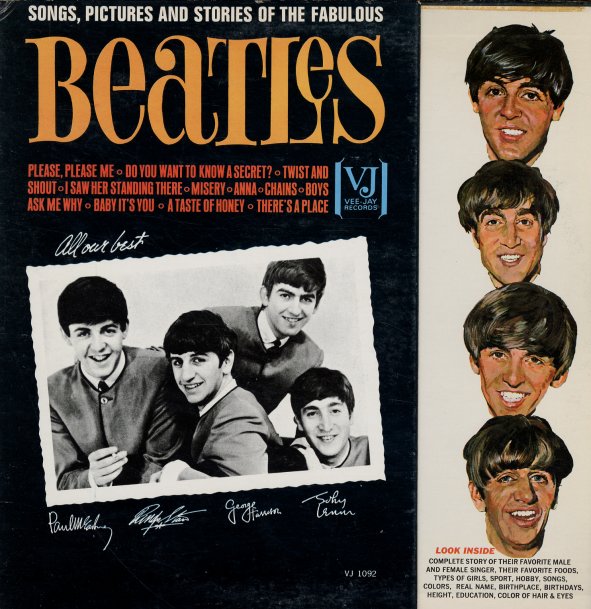 Songs, Pictures & Stories Of The Fabulous Beatles (aka Introducing The Beatles)

An overstuffed album of early greatness – served up in a special edition 3/4 gatefold cover! The tunes are a mix of Lennon/McCartney originals and American soul and rock numbers that are reinterpreted wonderfully by the group – in ways that perfectly show why, unlike most of their contemporaries, The Beatles weren't just trying for slavish imitation of American authenticity – and instead were already taking off with new ideas inspired by the music! Titles include "Please Please Me", "Love Me Do", "Misery", "Anna", "I Saw Her Standing There", "Boys", "Baby It's You", "Do You Want To Know A Secret", "Twist & Shout", "A Taste Of Honey", and "Chains".  © 1996-2022, Dusty Groove, Inc.
(Mono black and silver oval logo "Introducing The Beatles" label pressing, in a 3/4 gatefold cover. Cover has some wear, flaking around the edges and partially split seams.)