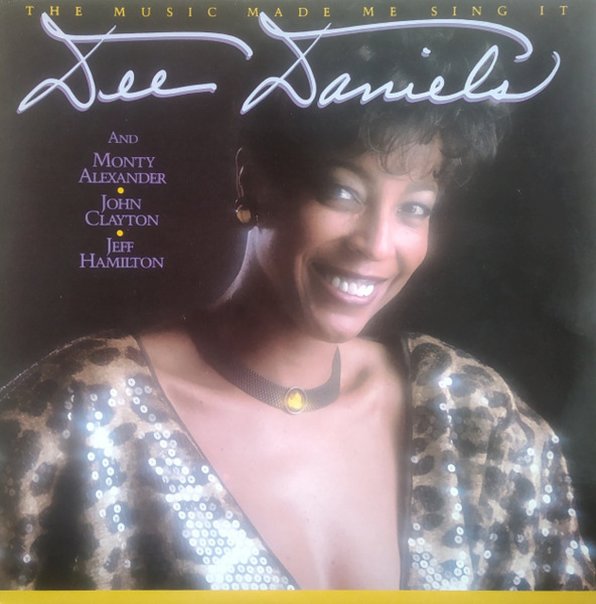 Music Made Me Sing It

Singer Dee Daniels has some great backing here – the trio of pianist Monty Alexander, who really bring a strongly soulful swing to the set! Dee's one of those 80s vocalists who can draw on older jazz traditions and borrow some of the inflections from soul music of the 60s and 70s – then spin things out with a lean, mean quality that's a great change from some of the too-familiar torch and jazz standard styles on the scene! The approach is maybe in the territory of Ernestine Alexander during her great run of albums on Concord – and as with those, there was less mainstream play with the music of Daniels – which is what makes it such a great discovery. Monty's on piano with John Clayton on bass and Jeff Hamilton on drums – and titles include "He Loves Me", "This Must Be Love", "Dr Feelgood", "Come Try My Love", "Adonnadee", and "I Got This Bridge I Want You To Buy".  © 1996-2022, Dusty Groove, Inc.