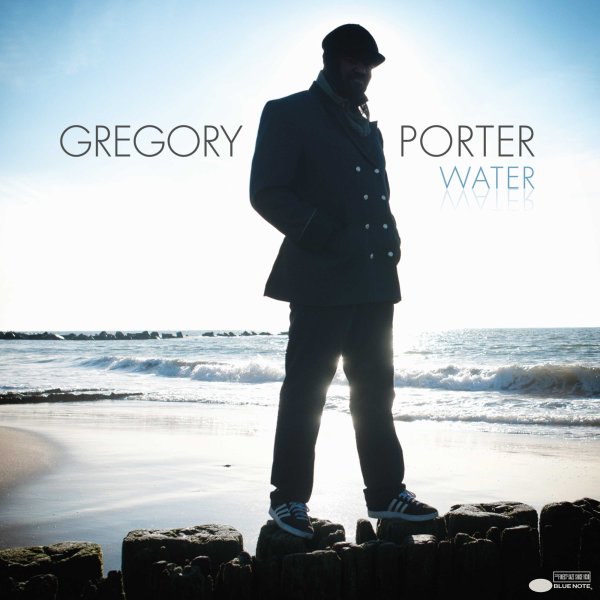 Also available
Gregory Porter — Water ... LP 31.99
Gregory Porter's a hip little singer – just the sort we love to discover in jazz, and the type that only comes around once in a blue moon! Like Jon Hendricks, Mark Murphy, or Kurt Elling – all perfect references for Porter's style – Greg has a wonderful way of coming up with his own lyrics for a tune – making him way more than just a singer of standards, and instead a richly expressive voice that has every bit to offer as you might get from a jazz instrumentalist! The arrangements are great, too – handled by Porter with help from pianist Chip Crawford and producer Kamau Kenyatta – bold, soulful, and soaring on the best tracks – all in beautiful declaration of Gregory's rich power and presence. Titles include a great version of Wayne Shorter's "Black Nile", and the original tracks "1960 What", "Lonely One", "Water", "Pretty", "Illusion", and "Magic Cup".  © 1996-2022, Dusty Groove, Inc.

Blue Light 'Til Dawn (180 gram pressing)
Blue Note, 1993. New Copy 2LP Gatefold (reissue)
LP...$31.99 38.99 (CD...$1.99)
A beautiful early album from Cassandra Wilson – a singer who already had a really deep sound, right at the start – and definitely hit her stride with music like this! The album mixes jazzy currents with rootsier elements – some of them from a more global perspective – and ... LP, Vinyl record album