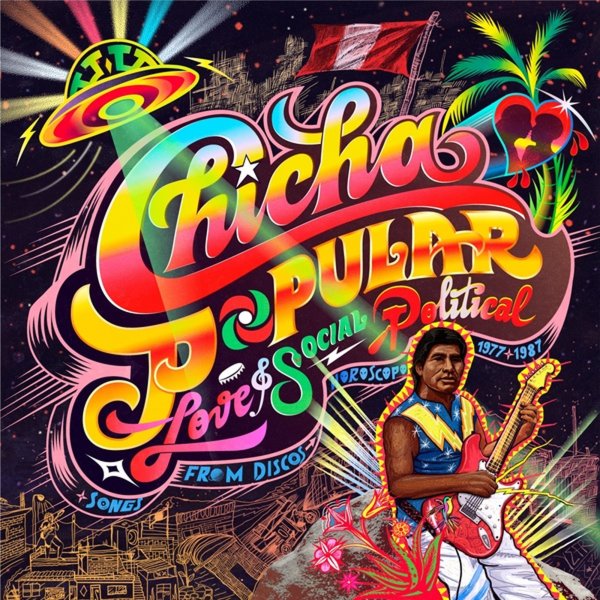 A beautiful look at the chica sound that arose in Peru during the 70s – a unique hybrid of local percussion modes and surf-styled electric guitar – almost as if the latter instrument slid down the pacific coast from Cali to Peru, and found itself tied up with a whole host of different musicians! The set focuses on work that was all recorded by the great Horoscopo label – one of the best to catch the special vibe of the music at the time, and really give it a showcase – with recordings that are often a lot more raw and stripped-down than anything else that was happening globally at the time – as you'll hear on the 24 tracks in the collection. The price tag is a bit high, but the package comes with full liner notes and rare photos – in support of titles that include "Poco A Poco" by Chacalon Y La Nueva Crema, "Borrachito Borrachon" by Los Shapis, "Corazon Herido" by Los Ovnis, "Arrepentida" by Grupo Maravilla, "Lloraras" by Pintura Roja, "Palomita De Barro" by Los Destellos, "Cholo Men" by Los Ecos, "Hombre Del Rio" by Grupo Celeste, and "Yo Soy La Cumbia" by Pintura Roja.  © 1996-2022, Dusty Groove, Inc.