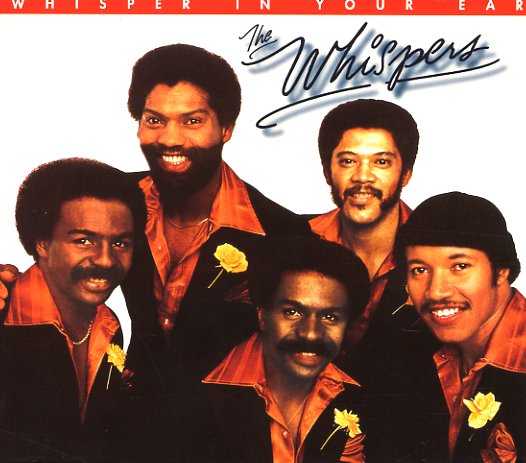 Whisper In Your Ear

This mighty group does way more here than just Whisper in your ear – as they're completely on top of their game, ending the 70s with a wickedly sharp sound that would help them stand strong for years to come! The group started in fragile harmony soul modes, grew with confidence in the 70s, hit a bit of a dancefloor mode – and here step off with this mature style that's totally wonderful – the best of all worlds together as one – shaped by arrangements from Tom Tom 84, Gene Page, and Keni Burke! Titles include "Whisper In Your Ear", "Homemade Lovin'", "If I Don't Get Your Love", "Love At Its Best", "Can't Do Without Love", and "Pretty Lady".  © 1996-2021, Dusty Groove, Inc.
(Cover has shrinkwrap stuck on the front and back.)

Shot Of Love
Solar, 1978. Very Good+
LP...$8.99
Lakeside's first album for Solar – and the beginning of a very fruitful relationship for the band and the label! The record's a great one – cut long before the Solar funk sound had gotten cliched – and it includes a key early hit in the Solar sound, the band's "It's All The ... LP, Vinyl record album

Portrait Of Carrie
Solar, 1980. Near Mint-
LP...$4.99
Smooth disco grooving from Carrie Lucas – surprisingly soulful stuff, and handled with some wonderfully tight production by Dick Griffey, the genius behind the sound of Solar at the end of the 70s! Carrie's really moving past the cliches of earlier work here – stepping into a solid ... LP, Vinyl record album

I'm Doin' Fine Now
Chelsea, 1972. Sealed
LP...$9.99
Man, that east coast harmony sound couldn't miss in the 70s – as proven by the huge AM radio success of New York City! The band wasn't the greatest harmony group in the world – although they did feature John Brown, who'd cut his teeth in the Five Satins – but when you teamed them ... LP, Vinyl record album

Black Smoke
Chocolate City, 1976. Sealed
LP...$19.99
This group were one of a number to use the name Smoke during the 70s – but at some point they were forced to change their name to Black Smoke, and you'll see the record listed both ways, but with the same cover. The band's a mixed ensemble of funk players – and they've got a sound that ... LP, Vinyl record album