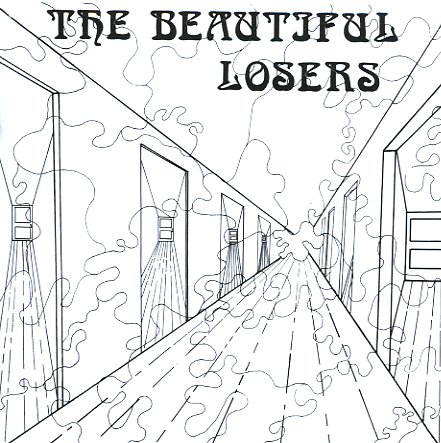 Nobody Knows The Heaven

A glam folk rock album from mid 70s France – the only album by the Beautiful Losers – a record feels like the most restrained and acoustic based moments on glam era Bowie and Bolan efforts – sung in English and with big chords and big vocals but done mostly with just voice and acoustic guitar and a bass! It's hard to tell of the Losers were dreaming of a bigger, fuller sound, but the sparseness ultimately suits the songs and performances well, and makes quite a unique record. Titles include "Welcome", "Oxford 1825", "Spanish Women", "You Are Free", "Nobody Knows The Heaven", "Like An Old General", "Something To Do", "The Shining Car", "Yeah, Yeah, Yeah", "All Is Going Too Slow", "There Is A Blow" and more. Includes a bonus track version of "Nobody Knows The Heaven".  © 1996-2022, Dusty Groove, Inc.
(Still sealed.)

Sandrose
Polydor/Lion, 1972. Used
CD...$6.99
Dynamic jazz rock from the French scene of the 70s – combo with a strong penchant for stretching out strongly on organ and guitar – but one that also has a few more sensitive, folksy moments as well! The tracks shift nicely between longer numbers and shorter ones – the shorter ... CD