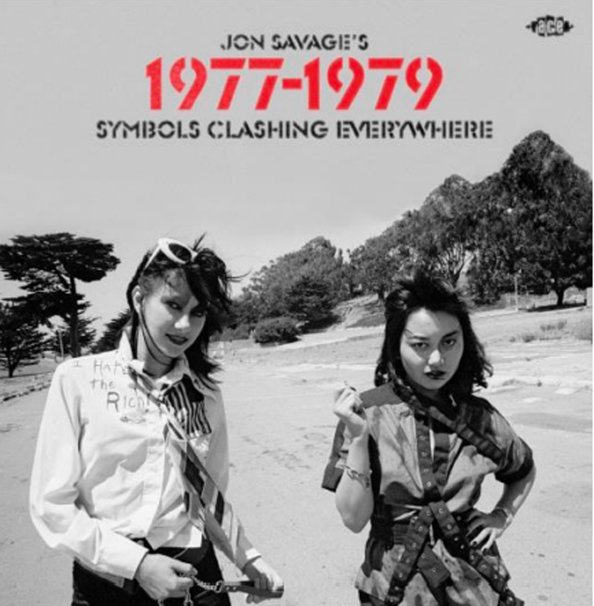 A deep dip into the sound of the late 70s – served up by writer Jon Savage, an author who's first claim to fame was his work on UK punk – which makes him a perfect guide for the sounds of this generation! Yet the music here is way more than just punk, too – as Savage really gets at the spirit of the time by mixing together revolutionary late 70s classics with more down to earth cuts – show just how much was going on at the time, and how the late 70s was still a moment of great experimentation and new ideas, even past the world of mohawks and safety pins! As with the other great entries in this "year" series from Savage, the overall presentation is wonderful – richly detailed notes that show his keen sense of musical observation and understanding – and a blend of 46 fantastic cuts on 2CDs, with titles that include "No Bones For The Dogs" by Joe Gibbs, "Magic Fly" by Space, "Prophecy Revel" by Bo Jangles, "Soda Passing" by The Boys, "Neat Neat Neat" by The Damned, "Utopia Me Giorgio" by Giorgio, "Day By Day" by Generation X, "The Modern Dance" by Pere Ubu, "Warm Leatherette" by The Normal, "Heavy Manners" by Prince Far I, "Kings Lead Hat" by Brian Eno, "Being Boiled" by The Human League, "28/8/78" by Scritti Politti, "Tired Of Walking Tired" by The Diodes, "I Remember" by Suicide, "Never" by Penetration, "White Night" by The Lines, "Come Back Jonee" by Devo, "The Set Up" by Cabaret Voltaire, "Human Fly" by The Cramps, "Situation" by The Middle Class, "Hippie" by Suzannes, "Warrior In Woolworths" by X Ray Spex, "Hindu God Of Love" by Lipstick Killers, "All Night Party" by A Certain Ratio, "Spacer" by Sheila B & Devotion, and "I Heard It Through The Grapevine" by The Slits.  © 1996-2023, Dusty Groove, Inc.