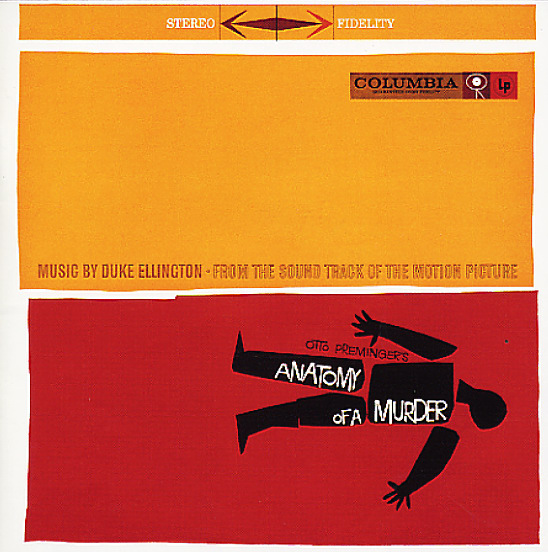 Anatomy Of A Murder (180 gram pressing)

A beautiful jazzy score by Duke Ellington – and a fitting companion to this classic Otto Preminger film! The record captures Ellington at a perfect moment – right during his Indigos period of increased sophistication, when his band was at an all-time level of perfection – and really shaking free of the too-familiar modes of the past. Ellington's music has a wonderful range of feeling here – even more so than usual, given the shifting scenes of the film – and the players are an all star lineup that includes Clark Terry on trumpet, Paul Gonsalves on tenor, Johnny Hodges on alto, and Jimmy Hamilton on clarinet. Titles include "Upper & Outest", "Almost Cried", "Sunswept Sunday", "Happy Anatomy", "Flirtibird", and "Low Key Lightly".  © 1996-2023, Dusty Groove, Inc.

Duke Ellington Meets Coleman Hawkins (180 gram pressing)
Impulse, 1962. New Copy Gatefold (reissue)
LP...$36.99 38.98 (CD...$6.99)
A legendary meeting of two classic jazz talents late in their careers – in a setting that's ideal to bring out all the complexity of their well-honed genius! The approach of the album is mostly an Ellington one – as the group features some of Duke's stalwarts, like Ray Nance on trumpet ... LP, Vinyl record album