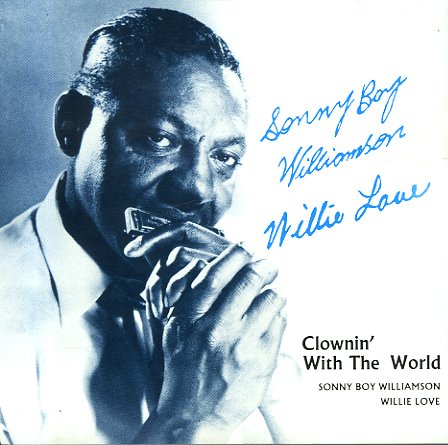 Clownin' With The World

Includes rare material recorded on the Trumpet label – one side of work from Willie Love, and another from Sonny Boy Williamson, which also includes appearances by Willie!  © 1996-2022, Dusty Groove, Inc.
(Cover has one slightly bumped corner, but is great overall.)