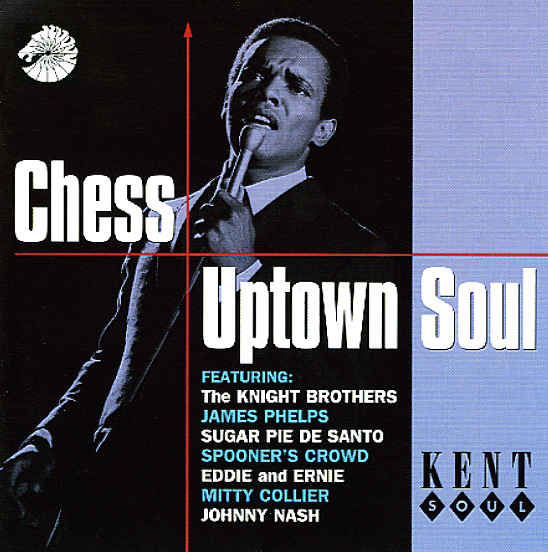 The cooler, classier sound of Chess Records in the 60s – the side of Chicago soul that really showed that the Windy City was onto something special Sure, Chess gave the world plenty of blues and R&B, but the label also really helped open the door to a special side of soul music – the heady brew of new sounds that were coming from Chicago – in the hands of arrangers like Richard Evans, Johnny Pate, and Phil Wright – plus tracks recorded farther in the field, but which found a perfect home at Chess Records – as the label was able to balance the deep soul styles of the singers with some of the richer styles used in the backings and production! Yet all the while things still kept on with a nice groove – the kind of stepping sounds that got Chicago soul dancefloors going, and which still made them special well into the 21st Century – thanks to killer cuts like these. The whole thing's a really well-chosen batch of soul that goes way beyond simple Chess Records hits – and titles include "Jerk & Twine" by Jackie Ross, "Oh What A Feeling" by James Phelps, "Go Away Little Boy" by Marlena Shaw, "The Soul Of A Man" by Fontella Bass, "I Had A Talk With My Man" by Mitty Collier, "So Much Love" by Maurice & Mac, "Here You Come Running" by Sugar Pie De Santo, "Nothing But You" by The Chessmen, "Wear It On Our Face" by The Dells, "I Believe She Will" by Eddie & Ernie, "Sitting In The Park" by Billy Stewart, and "It Ain't No Big Thing" by The Radiants. Also includes the amazing instrumental "Two In The Morning" by Spooners Crowd – a killer cut from Fame Studios!  © 1996-2022, Dusty Groove, Inc.

King New Breed Rhythm & Blues
King/Kent (UK), Early 60s. New Copy
CD...$9.99 18.99
During the 50s, King Records was one of the biggest labels in R&B – and as the soul years of the 60s approached, the company kept the flag flying strong with a host of new artists, underground soul and blues singers who helped define the new sound of the decade with a rich approach to the ... CD