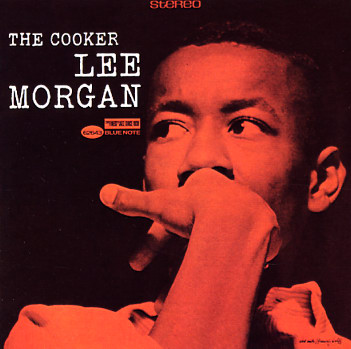 A very appropriate title for a very cooking little album – one of Lee Morgan's first efforts as a leader, cut back during his first years of late 50s fame! The style here is a bit less Morgan-esque than some of Lee's later 60s classics – but the record is rock-solid throughout, and proof that Morgan was every bit as great a leader in a hardbop session as Hank Mobley or some of the other emerging heavyweights at Blue Note! The strength of the group really helps keep the fire stoked on the set – and Bobby Timmons turns in some amazing piano work alongside a lineup that includes Pepper Adams on baritone sax, Paul Chambers on bass, and Philly Joe Jones on drums. The Adams presence gives the record a bit of the feel of some of Pepper's sessions with Donald Byrd – but the sparkling, soaring sound of Morgan makes the record way more than just a copycat set. Titles include "New-Ma", "Night In Tunisia", "Lover Man", "Just One Of Those Things", and "Heavy Dipper".  © 1996-2022, Dusty Groove, Inc.
(Includes obi.)

Sixth Sense (with bonus tracks)
Blue Note, 1967. Used
CD...$16.99 (CD...$18.99)
Beautiful late work from Lee Morgan! The last five years of Lee's life saw him really stretching out to do some fantastic writing, playing, and leading – and this record stands today as one of the best examples of that period – a pure act of genius, with a sound that really takes off ... CD