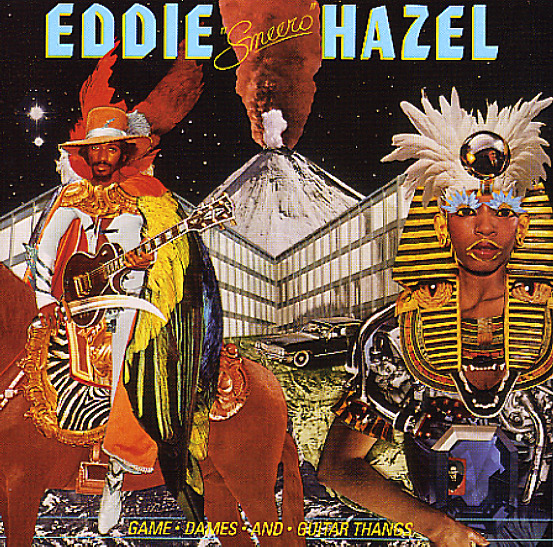 A massively tripped-out set of guitar-based funk – played to perfection by the legendary Eddie Hazel, best known for his work in the George Clinton P-Funk empire! The album offers a different side of Eddie's talents – one that's produced with a smoothly compressed California groove, in a mode that's almost an extension of some of the themes explored by Shuggie Otis on his own 70s albums – taken with a bit more of a P-Funk style. George Clinton produced the set with Eddie – and the tunes have a nice slow-stepping groove that really opens up the guitar solos wonderfully. The record kicks off with a massive cover of "California Dreamin" – but the whole thing's great, with a wonderfully unified feel throughout! Other titles include "Frantic Moment", "What About It?", "So Goes The Story", "Physical Love", and a great cover of "I Want You (She's So Heavy)".  © 1996-2022, Dusty Groove, Inc.
(Electric blue vinyl pressing!)