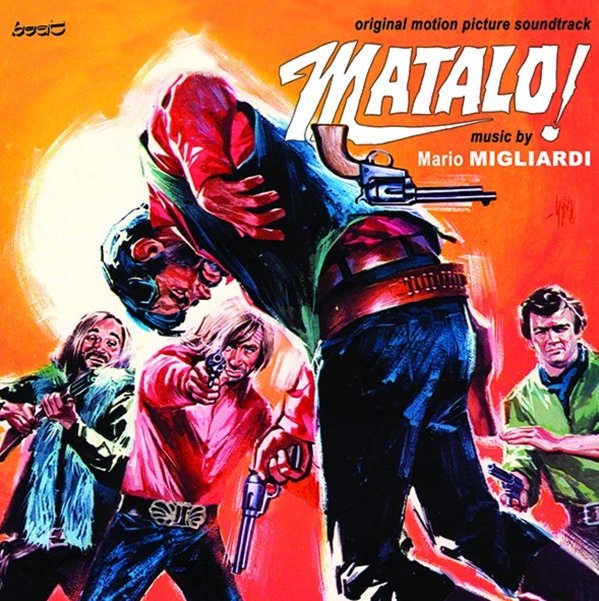 Really great music for one of the trippiest westerns ever recorded during the spaghetti generation – served up here with instrumentation that often has a lot more psychedelic touches than other western scores of the time! Mario Migliardi didn't do that much soundtrack work in the period, but he really knocks it out of the park with this one – using fuzz guitar, sound effects, and all sorts of weird ways of recording familiar instruments, thanks to the "Leslie effect" – which creates this insane sense of mood and moment, but all with qualities that are so different than you might find in the music of Ennio Morricone and Bruno Nicolai! It's a bit hard to describe the genius of the record in words, but it's there from the very first note, and just gets better and better – as the set moves through almost 80 minutes of music over the course of 21 tracks.  © 1996-2022, Dusty Groove, Inc.