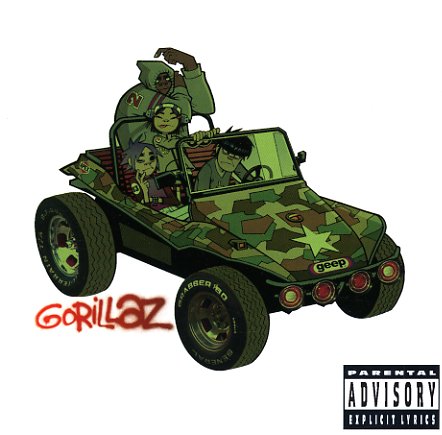 A record that maybe seemed like something of a one-off at the time of release – given that Gorillaz were more of a "virtual group" cooked up by Damon Albarn of Blur – but a set that's had surprising staying power over the years, thanks to a solid set of hip hop contributions from Dan The Automator, and guest work from Kid Koala and Del The Funkee Homosapien! The hit quality of the tracks soon eclipsed the fact that the Gorillaz were more of a studio project than a real band – and hey, maybe the whole thing was a nod at The Monkees – who had an initial start as a made-up band too. Titles include "Clint Eastwood", "Rock The House", "Latin Simone", "M1 A1", "Man Research", "Sound Check", "Double Bass", "Starshine", "Slow Country", "Re-Hash", and "5/4".  © 1996-2022, Dusty Groove, Inc.