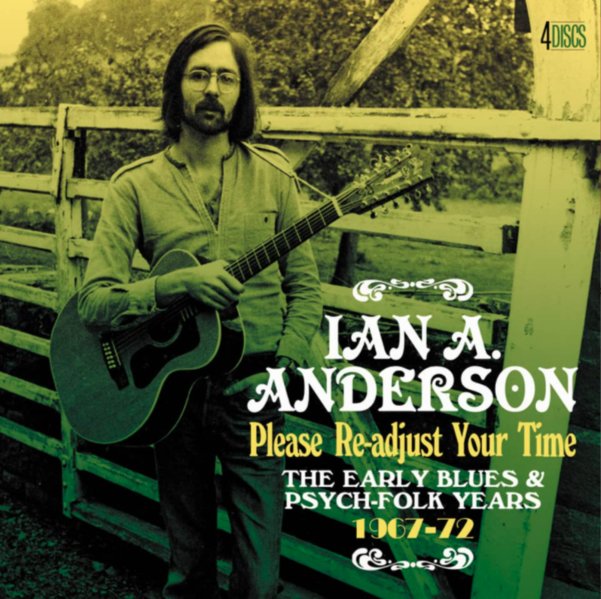 First things first – this isn't the Ian Anderson at the head of Jethro Tull, but instead an equally great artist who never fully got his due – one with an "A" in the middle of his name, and a very different sound overall! The "blues and psych" in the title only get at the tip of the sound here – as Anderson works in a style that's often very acoustic, but which has a freewheeling vibe that's much more like some of those genre-crossing British guitarist/singers of the late 60s – like Davy Graham or Bert Jansch – really unusual phrasing on his instrument, mixed with equally inventive lyrics and vocal presentation – qualities that are especially strong on the solo material here, and presented a bit differently on the first album, which was recorded with a fuller band. The set features a huge amount of material by Anderson – the full albums Stereo Death Breakdown, Royal York Crescent, A Vulture Is Not A Bird You Can Trust, and Singer Sleeps On – plus lots of bonus material too – a total of 67 tracks in all!  © 1996-2022, Dusty Groove, Inc.