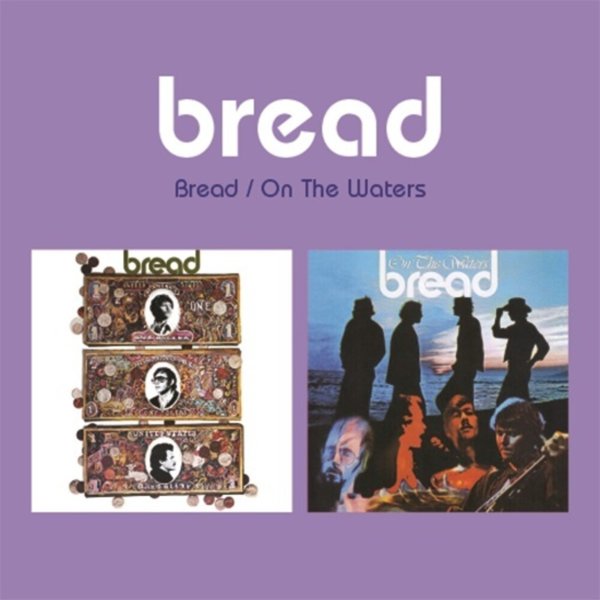 Two early albums from Bread – back to back on a single CD! First up is the landmark first album by Bread – a set that came from the hipper depths of the Elektra Records label at the time, and which helped set the scene for so may 70s copycat acts to come! Here, the young David Gates is working in a style that's post-folk, with some of the same Sunshine Pop-era harmonies as some of his contemporaries – nicely blending his voice with James Griffin of the group, in a way that really forges past some of the more familiar modes that harmony vocals were hitting just a few years before – the same sort of extrapolations that were being explored at the time by The Carpenters or Crosby Stills & Nash – even though fans of the latter would kill us for such a comparison! Titles include "Dismal Day", "Move Over", "Family Doctor", "Could I", "Any Way You Want Me", and "Friends & Lovers". On The Waters is the second classic album from Bread – a set that has the group expanding to a quartet, and the mighty David Gates moving into an even greater role as a musical visionary for the 70s! Sure, these guys weren't about to storm the stage of Woodstock with music like this – but they are crafting some pretty wonderful harmonies for the time – music that marks a similar shift away from simpler 60s modes as the work of groups like CS&N or America – deeper, more mature, and able to bring in a more personal level of expression that harmony groups could only have dreamed of the decade before! Production is impeccable – almost in the same sublime soft rock territory as A&M at the time – and titles include the huge hit "Make It With You", plus "Easy Love", "Been Too Long On The Road", "Look What You've Done", "The Other Side Of Life", and "Call On Me".  © 1996-2021, Dusty Groove, Inc.