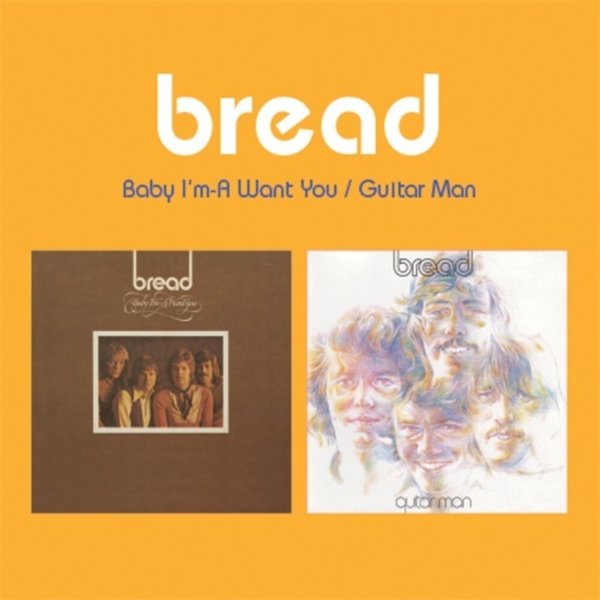 A pair of classics from Bread – both pulled from a stretch that was a mighty big time for the group! First up is Baby I'm A Want You – a soft rock masterpiece from Bread – the kind of standard-setting album that made them one of the real giants of pop music at the start of the 70s! The title cut here is a perennial favorite that's had a surprisingly long run over the years – a heartfelt ode to male desire – balanced out here by some equally well-crafted tunes by David Gates and the rest of the group. Gates trades lead vocals with James Griffin from track to track – and as usual, the real charms of the group come when the pair are harmonizing together – set to these really lovely arrangements that definitely bring the soft into soft rock. Larry Knechtel adds in a few of the stronger studio instrumental touches – and titles include "Baby I'm A Want You", "Mother Freedom", "This Isn't What The Government", "Dream Lady", "Games Of Magic", and "Everything I Own". On the cover of Guitar Man, Bread have a somewhat fuzzy look – but that approach is a perfect indication of the warmer, softer sound that makes Bread such soft rock giants from the time! Case in point is the beautiful "Guitar Man" title track of the set – a record that definitely has some nice guitar lines, but all a bit back in the mix, so that the warm lead vocals drift in amidst these easygoing arrangements that fit perfectly with the groove – as do most of the other elements in the set – furthering the genius arranger/producer talents of the mighty David Gates! Other titles include "Make It By Yourself", "Picture In Your Mind", "Don't Tell Me No", "Didn't Even Know Her Name", "Welcome To The Music", and "Fancy Dancer".  © 1996-2021, Dusty Groove, Inc.