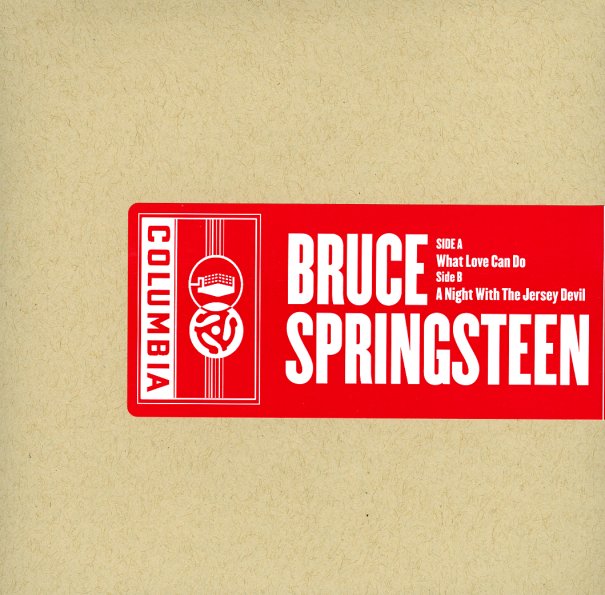 "What Love Can Do" is from Bruce Springsteen's 2009 album Working On A Dream –and the fun, regional lore informed, and previously unreleased "A Night With The Jersey Devil" on the flip!  © 1996-2021, Dusty Groove, Inc.
(Limited edition – released for Record Store Day 2009 – and includes a 3 X 5 photo. Shrinkwrap has a promo sticker.)