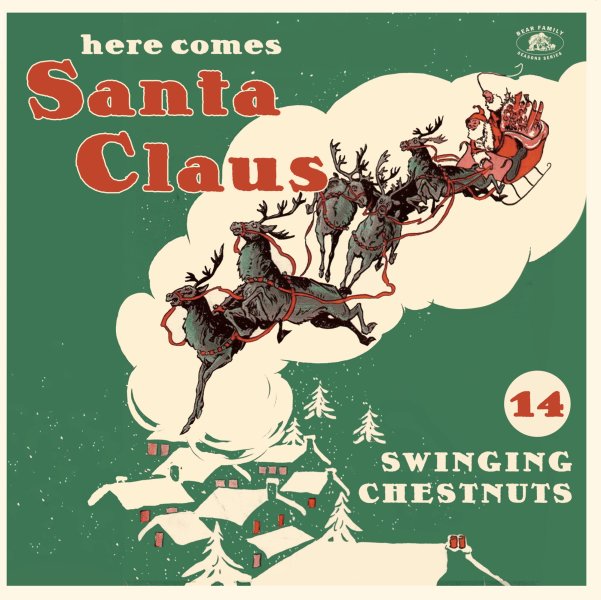 Here Comes Santa Claus – and a heck of a lot of other folks too – all served up here in a mighty nice collection of Holiday goodies from the postwar years – classic singles and LP cuts, all served up in a mix of jazz, vocal, and R&B modes! The set's a great entry in the series of Christmas-themed compilations from the Bear Family – and like the rest, it's got a mighty big track list, filled with hand-picked numbers by the folks who really know this stretch of music better than most! Titles include "Willy Claus" by Molly Bee, "Winter Wonderland" by Lennon Sisters, "It's A Marshmallow World" by Johnny Desmond, "Christmas Auld Lang Syne" by Bobby Darin, "Jingle Bells" by Frank Sinatra, "I Like A Sleighride" by Peggy Lee, "Ski Jump" by Frederic Curzon, and "Have Yourself A Merry Little Christmas" by Judy Garland.  © 1996-2021, Dusty Groove, Inc.