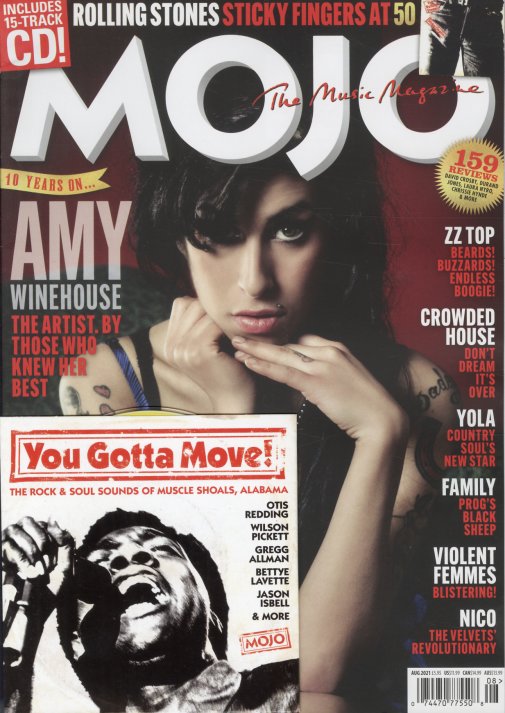 Lots of anniversaries this time around – the 50th of Sticky Fingers by The Rolling Stones – zipper and all – and the 10 years since Amy Winehouse passed on, discussed by those who knew her best! There's also a feature on Billy Gibbons of ZZ Top (RIP Dusty Hill) – and more on Nico, Violent Femmes, Family, Yola, and Crowded House – plus a look at the new Alice Coltrane archive release, the new Jackson Browne album – and plenty more music reviews! There's also a bonus CD – with soulful sounds from Muscle Shoals, with cuts from Otis Redding, Wilson Pickett, Gregg Allman, Bettye Lavette, and others!  © 1996-2021, Dusty Groove, Inc.