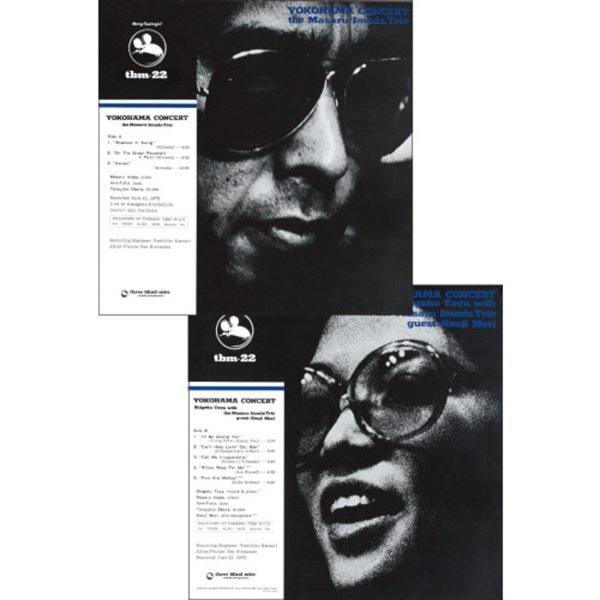 A split session of material – both sides recorded during the same concert in Yokohama, but with one side of instrumental work, and one side of vocals! Pianist Masaru Imada starts things out with three really beautiful original tunes – pieces that blend together some modal rhythms with some of the freer energy that he and his Japanese scene were opening up at the time – not avant modes, by wonderfully lyrical progressions that are urged on here by work from Isoo Fukui on bass and Tetsujiro Obara on drums! Both players continue on the vocal tracks, which have singer Shigeko Toya in the lead – and the quartet are also joined by Kenji Mori on alto on two tracks too. Instrumental tunes include "Ascent", "On The Green Pavement", and "Shadows In Spring" – and vocal numbers include "Call Me Irresponsible", "I'll Be Seeing You", "Fine & Mellow", and "Willow Weep For Me".  © 1996-2022, Dusty Groove, Inc.
(Part of the Three Blind Mice Supreme Collection!)