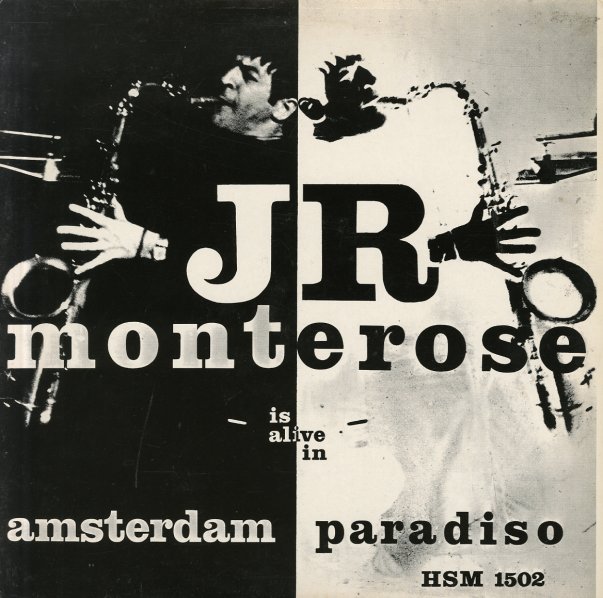 JR Monterose Is Alive In Amsterdam

Some of the rawest work ever from this under-recorded tenor genius – a late 60s Dutch set that's very different than both the famous blue album by JR Monterose, and his later comeback material too! Here, the bulk of the record is just JR on tenor with percussion accompaniment – the drums of Han Bennink on side one, then added percussion from three other players alongside Bennink on side two – while JR switches to a very cool electrified, amplified version of the tenor! His tone and texture are wonderful right from the start – as he and Bennink deliver fantastic duet performances of "I Remember Clifford" and "Sonnymoon For Two" – before joining with the other percussionists on the extended "Reborn" on side two – a very well-titled number, given JR's sound!  © 1996-2022, Dusty Groove, Inc.
(Part of the "Jazz Premium Seats – Rare Jazz – Live & Sessions" series!)