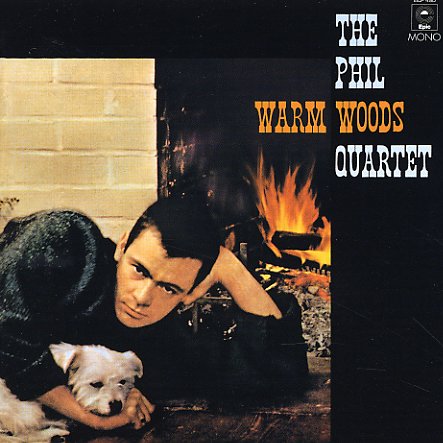 One of the most wonderful Phil Woods albums ever! No kidding – this is amazing! Woods played on lots of other records – and often in settings that made you wonder why people thought he was so great – but on this one, he's totally in the spotlight, fronting a mellow easy quartet that lets him play some incredible solos that go places we couldn't even imagine! The whole album's a fantastic treat – deeply soulful and introspective in a way that you can hardly imagine from most of Woods' other work in the 50s – and done with a rare energy that's made it one of our favorite albums for years. Every track sparkles – and the album's filled great tracks like "Gunga Din", "Waltz For A Lovely Wife", "Squire's Parlor", "I Love You", and "In Your Own Sweet Way".  © 1996-2022, Dusty Groove, Inc.
(Beautiful Japanese pressing!)