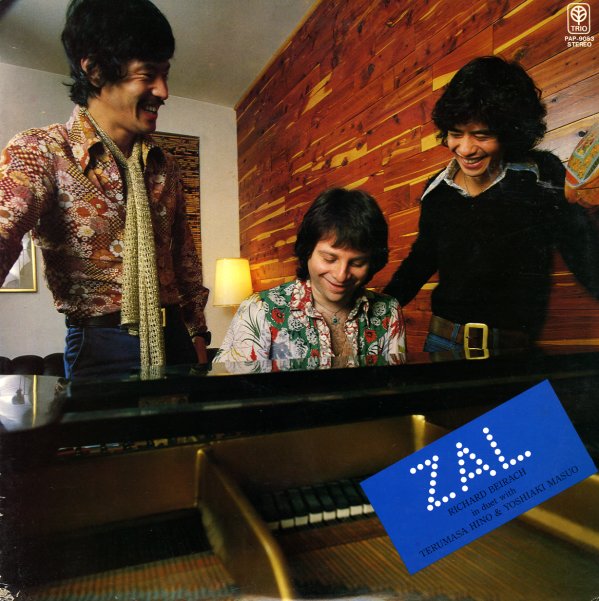 One of the most beautiful albums of the 70s from pianist Richie Beirach – and in saying that, we don't mean to insult the rest of his other great American work! This set was done in Japan, and it's maybe one of Beirach's most obscure of the decade – but it's also a really special session that features the pianist in combination with two different musicians – guitarist Yoshiaki Masuo on side one, and trumpeter Terumasa Hino on side two – each artists whose contributions bring out a slightly different side of Beirach's sound! The guitar on side one highlights some of those spacious, airy notes that Richie brought to his beautiful ECM sides of the period – while Hino's use of both trumpet and flugelhorn emphasizes some of the darker tones of the piano, but in ways that are completely different than Beirach's work with Dave Liebman. One title is also just solo piano – and titles include "Yesterdays", "Mavrodaphne", "Black Is The Color Of My True Love's Hair", "Zal", and "What Is This Thing Called Love".  © 1996-2021, Dusty Groove, Inc.