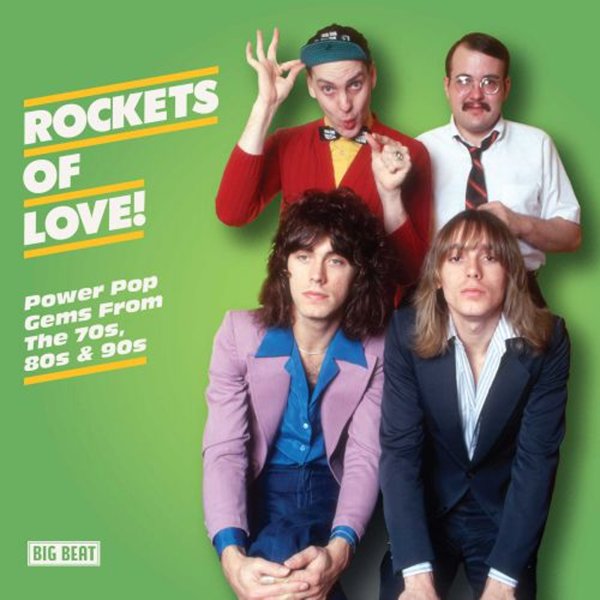 That's the great Cheap Trick on the cover – an image that gives you a very good idea of what you'll find inside – the kind of cool, catchy tunes that group mastered in the 70s – served up here by a really surprising range of artists from later years too! The "power pop" here is the key – as tunes are filled with hooks, and could certainly hit the charts – but also lie in that special space between punk, new wave, and early indie modes – heard here on cuts that run for a lot longer than the best-known power pop years of the late 70s and early 80s. The territory's a nice change from the usual Ace Records mode – and the set features 24 tracks that include "The Popular Girl" by Martin Newell, "I Need You" by The Wonders, "Whatever Happened To Fun" by Candy, "It's You Tonight" by The Flashcubes, "Foolish" by DM3, "Mary Anne" by Marshall Crenshaw, "Modern Man" by 4 Out Of 5 Doctors, "Winter In The Hamptons" by Josh Rouse, "I Wanna Be A Teen Again" by Tom Foolery, "Rocket O Love" by The Knack, "Never To Come Again" by Brad Jones, "Had To Make You Mine" by Cheap Trick, "Storybook" by The Blow Pops, and "Hearts In Her Eyes" by The Records.  © 1996-2022, Dusty Groove, Inc.

Odessey & Oracle (UK pressing – mono & stereo mixes, plus bonus tracks)
Big Beat (UK), 1968. New Copy
CD...$7.99 14.99 (LP...$34.99)
An incredible album – one of the greatest rock albums of the 60s, and a record we'd place right up there on the shelf next to Pet Sounds or Forever Changes! The arrangements are sublime – proof that the Zombies were growing way past just a simple Brit Invasion style, into a world of ... CD