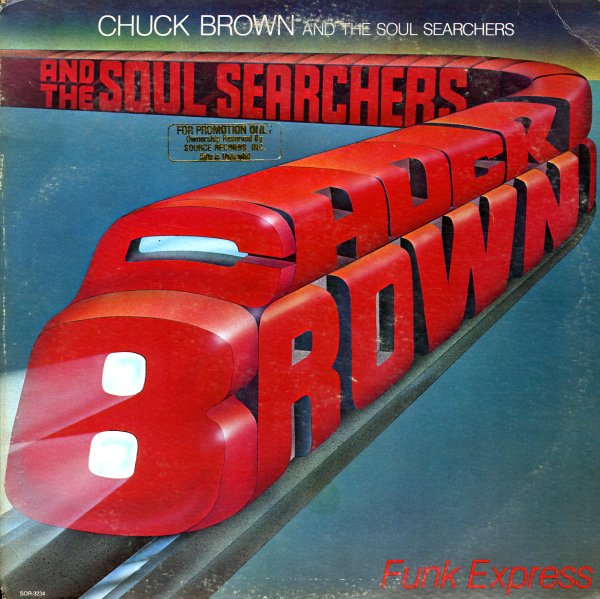 A great lost moment from seminal DC funk artist Chuck Brown – a set done after his mid 70s Sussex albums with the Soul Searchers, but before his bigger shift to GoGo modes in the 80s – all with a surprisingly jazzy vibe at times, thanks to sharp production from the great Wayne Henderson! The album's more Chuck's own than some of the Henderson/At-Home productions of the period – but the mix of styles is great, as Wayne has a way of bringing a fresh sort of focus to the Chuck Brown sound, in a style that's very much like his Bustin Loose record – tight, but never too slick or commercial – balanced in just the right way! Titles include a remake of Henderson's great "Keep That Same Old Feeling" – plus "Sticks & Stones", "Come On & Boogie", "In The Pocket", "Who Are You", "Time Has No Ending", and "Slow Down". CD has four bonus tracks – all issued here for the first time – "I Love You I Do", "Get Up Get Down", "I Want To Ta Ta You Baby", and "The Key".  © 1996-2022, Dusty Groove, Inc.

Young-Holt Unlimited Plays Super Fly
Paula/Liberation Hall, 1973. New Copy
CD...$12.99 14.99 (LP...$16.99, LP...$21.99)
The last-ever album from this legendary duo – and a set that's maybe their funkiest record too! Of course, that's probably no surprise, given that they're playing the Curtis Mayfield tunes from Superfly here – great tracks that make for a really wonderful setting for the pair's highly ... CD