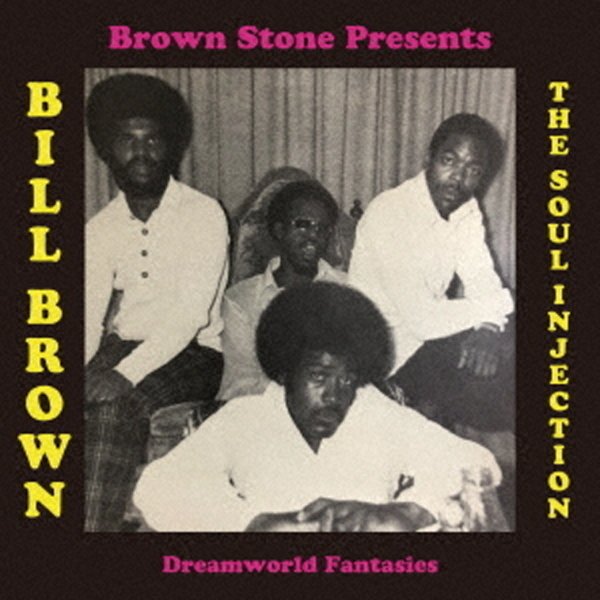 We don't know much about Bill Brown and his group – but they're a fantastic lost act from the 70s, and one who have a fantastic way of mixing warm soul harmonies with some very sharp grooves! The rhythms are pretty upbeat on most tracks, but the vibe is before the disco and club years – that special moment when funk musicians were able to move quick, and never lose their groove – and singers like Bill were able to slide into the mix and really soar with their vocals! We've never heard any of these cuts before, and the whole thing is like discovering a lost chapter of 70s soul that we'd completely missed – one that we'd rank right up there with some of the hippest east coast group soul of the time. Titles include "Bip Bam (parts 1 & 2)", "Stay Off The Moon", "Sock It To The Landlord", "Rainbow", "Time After Time", "Fool-Ology", "Love Under The Apple Tree", and "Dreamworld Fantasies". Also includes an instrumental of "Time After Time" – and a Billy Wilson version of "Fool-Ology".  © 1996-2022, Dusty Groove, Inc.
(Great Japanese pressing – with obi!)