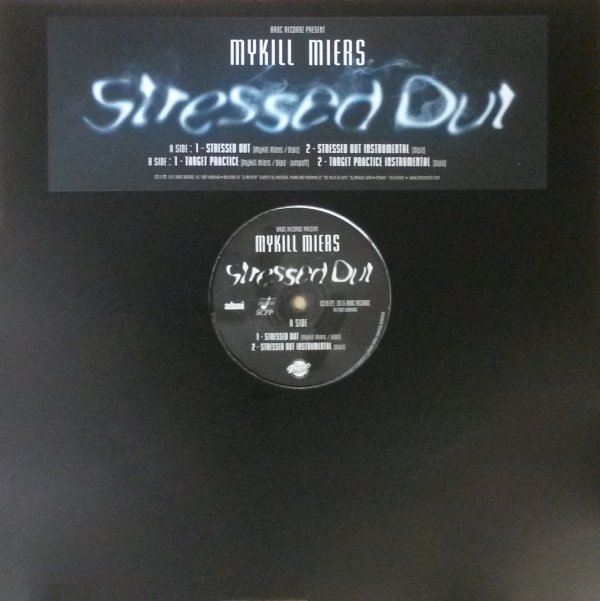 Mykill Miers works here with beats from the Parisian scene – a nicely intense, layered blend of sonic currents over the beats on "Stressed Out" – which seems to produce an equally intense quality in the lyrics! "Target Practice" is a bit more varied, with turntable work spattered between the vocal lines – all to create a nice sense of pacing that really lets Mykill hone in when he's in the spotlight!  © 1996-2022, Dusty Groove, Inc.