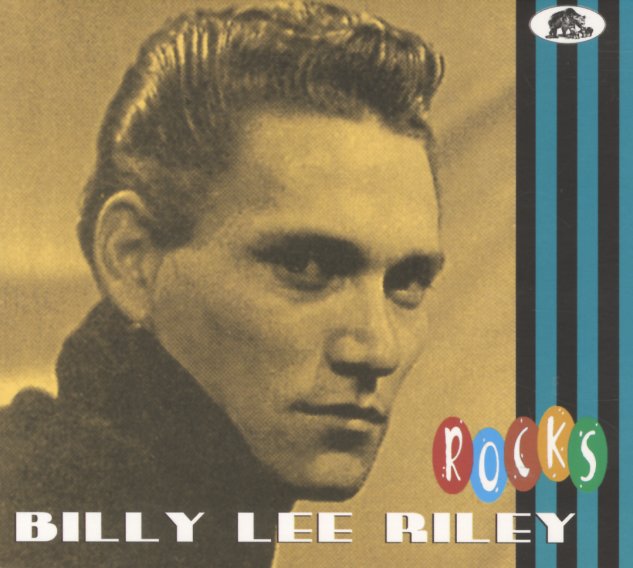 Maybe one of the most hard-hitting in this great "rocks" series from Bear Family Records – and maybe one that features one of the artists most deserving the title, too – as the legendary Billy Lee Riley steps out here on a host of classic singles for Sun Records, unissued material, and other gems recorded for Brunswick, Philips, Rita, Jaro, and Home Of The Blues! Riley had a short but great career on the Memphis scene – where he was one of the rawest, most hard-ripping talents to cut up the underground in the days of the bigger early rock giants – a hell of a singer with a very raw sound, and a guitar player too – although these tracks also feature great work from Sonny Burgess and Roland Janes as well. CD features 35 tracks in all – including "Barefootin (alt)", "Red Hot", "Rock With Me Baby", "Is That All To The Ball", "Your Cash Ain't Nothin But Trash", "Thunderbird", "Arkansas Traveler", "Pearly Lee", "College Man", "Open The Door Richard", "Got The Water Boiling", "Nightmare Mash", "Searchin", "Speed Lovers", "The Little Green Men", and "Catfish".  © 1996-2021, Dusty Groove, Inc.