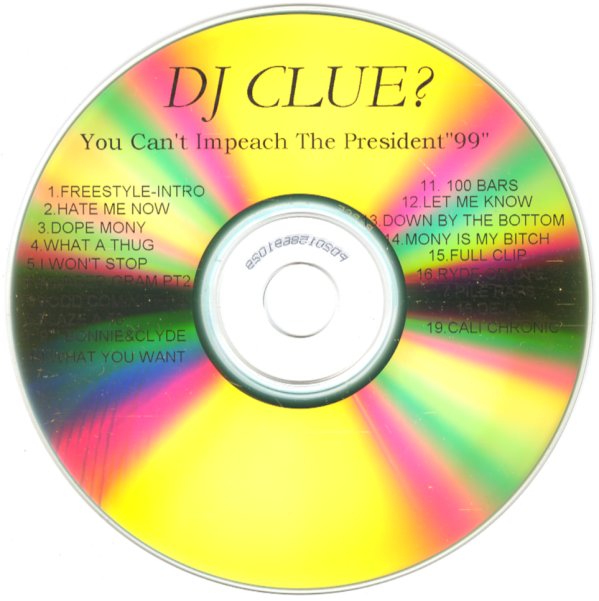 You Can't Impeach The President 99

(Self released CDr pressing without artwork. Comes in a slim jewel case.)