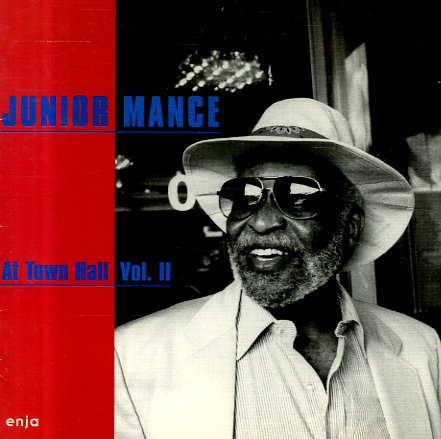 A really wonderful setting for the piano of Junior Mance – not a trio date, but a live session with a quartet – and one that features some very strong contributions from Houston Person on tenor! The vibe is almost more like some of Person's records of the time, but handled with a bit more care and class by Enja – and in addition to Houston's tenor and Junior's piano, the group also features Calvin Hill on bass and Alvin Queen on drums – two players who do a great job of keeping up with the boundless energy of the others on the album's nicely long tracks! Titles on this second volume include "Mercy Mercy Mercy", "Blues In The Closet", "Some Other Blues", "My Romance", and "Do Nothin Till You Hear From Me".  © 1996-2021, Dusty Groove, Inc.
(Part of the Enja 50th Anniversary Campaign!)