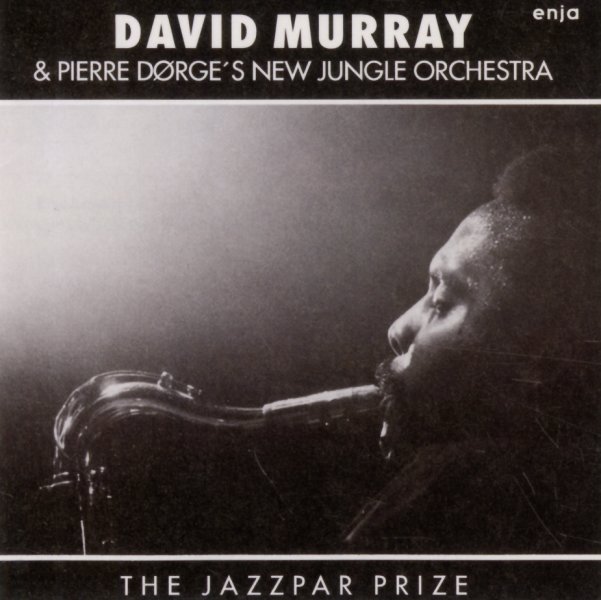 A really unique setting for the saxophone talents of David Murray – set up here with the Pierre Dorge New Jungle Orchestra, on a record that really pushes that group even more than usual! Part of the strength of the set is the work of the soloists – not just Murray on tenor and bass clarinet, or Dorge on guitar – but also Horace Parlan on piano, and Harry Beckett on trumpet – both players who get in some strong moments that really help shape the long songs on the set – in a lineup that also includes Per Jorgensen on trumpet, Jorg Huke on trombone, Jacob Mygind on soprano and tenor, and Jesper Zeuthen on alto and bass clarinet. The set includes the Murray originals "Gospel Medley", "Song For Doni", and "Shakil Warriors" – and Dorge tunes "Do Green Ants Dream" and "David In Wonderland".  © 1996-2021, Dusty Groove, Inc.
(Part of the Enja 50th Anniversary Campaign!)