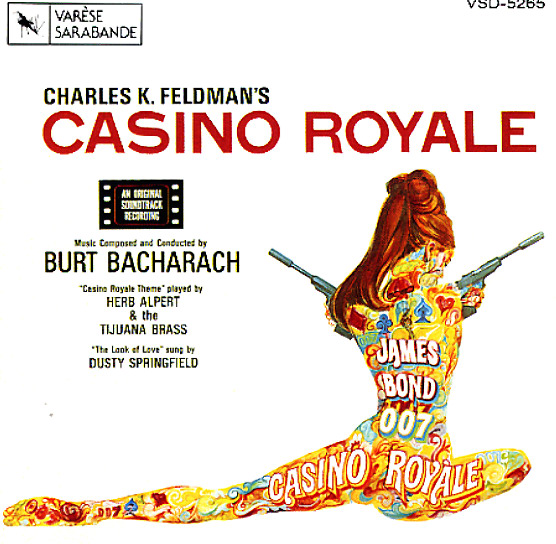 One of Burt Bacharach's finest moments, and a soundtrack that we never tire of hearing! Burt wrote all the tunes – and the album's a wonderful romp, with lots of odd twists and turns that are quite different from Burt's usual bag (baby!), but which still have all of the charm of his best work. A few performances on the set are by Herb Albert & The Tijuana Brass, who do the completely chaotic "Casino Royale Theme" – and the lovely Dusty Springfield sings a versions of "Look Of Love" that has to be the best ever recorded! Other tracks include "Home James, Don't Spare The Horses", "Money Penny Goes For Broke", "The Venerable Sir James Bond", and "Hi There Miss Goodthighs".  © 1996-2020, Dusty Groove, Inc.
(Mono pressing with deep groove.)

Enter Laughing
Liberty, 1967. Near Mint-
LP...$2.99
A pretty sweet – and nearly forgotten – Quincy Jones soundtrack from the 60s – done for a film based on Carl Reiner's book and play of the same name, directed by Reiner himself! The film's set in the 30s, so there's a few period songs on the album that have an older jazz feel ... LP, Vinyl record album