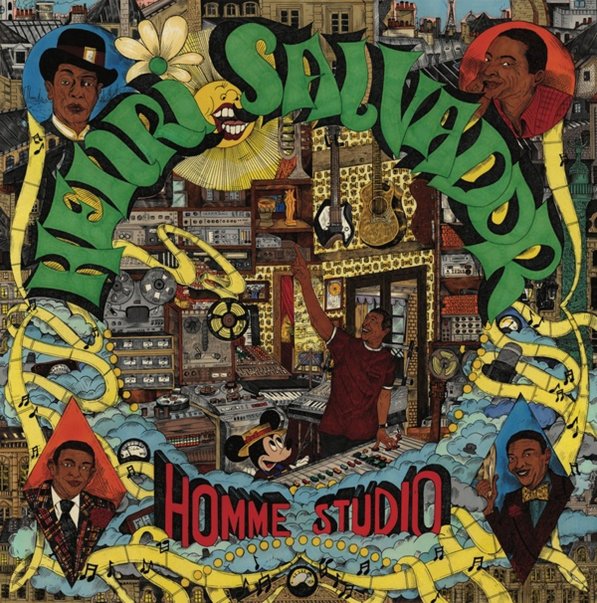 The title's a bit of a pun – that's "home studio", not homme studio – a reference to the fact that most of this work was recorded by 60s French pop star Henri Salvador in his own private studio – music that makes for some of the most interesting sounds in his career, at a time when Salvador had completely retreated from the mainstream! If you know Salvador's jazzy blend of island modes from the previous decade, you'll be stunned at what you hear here – as Henri's become a really cool, groovy, almost experimental talent – effortlessly blending together so many different strands of music to fit the mood of a tune, maybe a bit like Pierre Barouh over at Saravah – in the way he still stays tuneful, but is always willing to throw in some unusual elements and sounds! We've always loved Salvador's music, but have never heard any of these cuts before – a fantastic array that includes instrumentals and even a project for Disney too. Titles include "Hello Mickey", "Rock Star", "On L'A Dans L'Baba", "Kissinger Le Duc Tho", "J'Aime Tes Genoux", "Sex Man", "Siffler En Travaillant", "Pauvre Jesus Christ", "Le Bilan", and "Et Des Mandolines".  © 1996-2022, Dusty Groove, Inc.