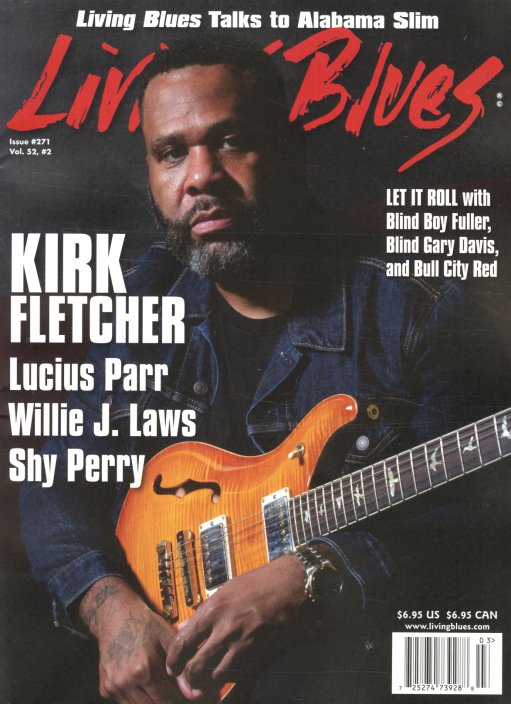 Cali blues guitarist Kirk Eli Fletcher is on the cover, and gets a nice long feature inside – and the issue also looks at the Texas blues of Willie Ja Laws, the southwest sound of Lucius Parr, and there's a special feature on a legendary 1935 recording date for ARC – which featured Blind Boy Fuller, Blind Gary Davis, and Bull City Red! As usual, there's plenty more too – maybe not as much concert news during the current situation – but record reviews, radio information, and other columns – as well as an interview with Alabama Slim.  © 1996-2021, Dusty Groove, Inc.