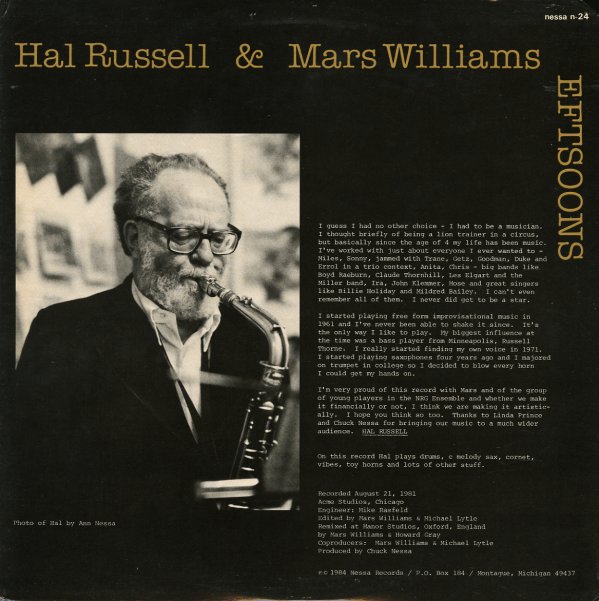 A landmark pairing of two Chicago avant players at the start of the 80s – and one that shows that the city had plenty going on, even away from the AACM! The set brings together the older Hal Russell – still an underground secret in the city – and the younger Mars Williams, who was just starting out here, but would soon rise to fame in the NRG Ensemble, and on decades of other recordings and alliances in the Windy City. There's a mix of instrumentation that really shows the open-minded sense of improvisation that Russell helped encourage in the younger Generations – and Hal plays drums, C melody sax, cornet, vibes, toy horns, and "lots of other stuff" – with Mars Williams playing tenor sax, slide whistles, bells, newspapers, and "lots of other stuff" too! Titles include "Carnal Concupiscence", "Is This Virginia", "Odoriferous Flambeaus Of The Paranymphs", "Eftsoons", and "Noise Command Blast 1".  © 1996-2021, Dusty Groove, Inc.