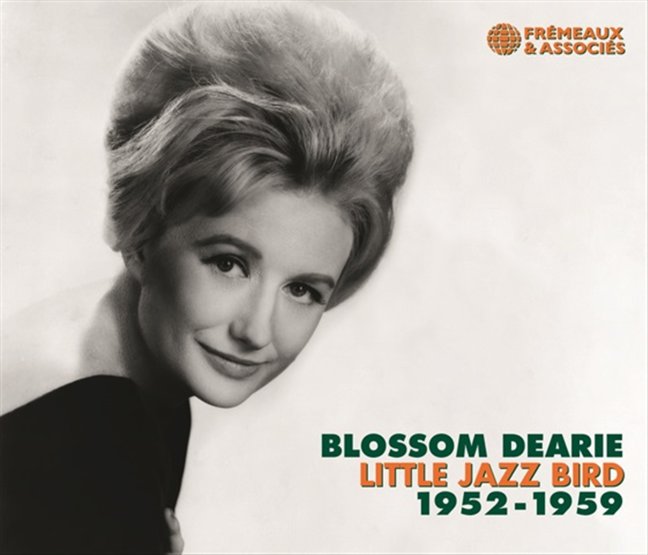 A big set of work from the lovely Blossom Dearie – one of the most unique singers in jazz, and a great pianist too! Blossom first rose to fame on the scene in Paris, but quickly returned home to the US – where she cut some beautiful albums for Verve in the 50s – sprightly vocal sides that were very different than some of the torchy modes of the previous generation, and even different than other 50s work by singers like Ella Fitzgerald or Sarah Vaughan! The charms of Blossom are impossible to describe in words, but they'll grab you right away upon first listen – and you'll get plenty of listening here – as the 3CD set begins with material from her Paris years, including the album Miss Blossom Dearie Et Sa Musique Jazz Sweet, the EP Blossom Dearie Piano, and then moves onto verve albums that include Blossom Dearie, Give Him The Ooh La La, Once Upon A Summertime, My Gentleman Friend, and Sings Comden & Green. 71 tracks in all – with notes in French and English!  © 1996-2023, Dusty Groove, Inc.

Once Upon A Summertime (SHMCD pressing)
Verve (Japan), 1958. New Copy
CD...$16.99 19.99
A really fantastic album from the young Blossom Dearie – and in a way, a record that kind of sets the tone for all the greatness to come in future recordings! Here, Blossom is already breaking from standard jazz vocal modes – using some of the hipness she'd picked up in France to ... CD