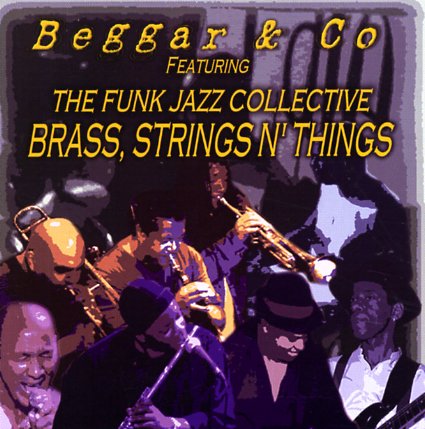 A great revival of this classic British soul ensemble – taken into even funkier territory than before, thanks to help from Bluey, Noel McKoy, and other UK soul legends! The sound is way more funky than you might expect, but also pretty top-shelf too – not small combo deep funk, but a large ensemble of horns next to the tighter rhythm core – all in a blend that reminds us of some of the best Philly backings from the 70s! Vocals are by Camille Hinds, Noel McKoy, and Linton Beckles – but the tracks almost seem to have an equal focus on the instrumentation at the core – a great blend of funk and soul that's possibly even more impressive, given that the album was recorded live. Titles include "Pete's Crusade", "Cosmic Lust", "I Like It", "Time", "London Town", "Movin", "Time", and "Bahia De Palma".  © 1996-2021, Dusty Groove, Inc.
(Out of print.)