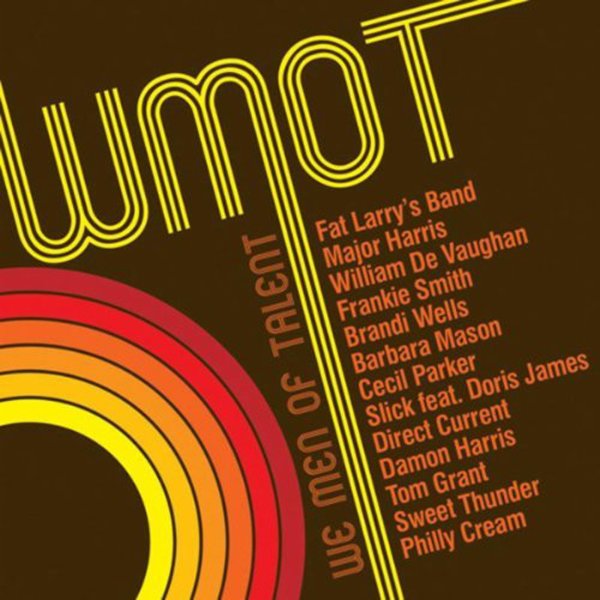 WMOT – We Men Of Talent

A mighty nice look at Philly's WMOT label – a great imprint that arose in the late 70s, and offered a showcase for the rich array of Philadelphia soul and funk talent that hadn't made it onto the Philly International releases! There's a mix of clubby grooves and old school modes going on here – a quality that almost made WMOT more of a precursor to the New York street soul modes to come – with a nice dose of funk on just about every track here. Titles include "Double Dutch Bus" by Frankie Smith, "Ride On" by Damon Harris, "Heaven Is Waiting" by Tom Grant, "Sexy Cream" by Slick, "Everybody Singin Love Song" by Sweet Thunder, "Watch Out" by Brandi Wells, "Everybody Here Must Party" by Direct Current, "Love Won't Let Me Wait" by Major Harris, "Really Really Love You" by Cecil Parker, "Motown Review" by Philly Cream, and "Zoom" by Fat Larry's Band – plus the great answer to Shirley Brown "She's Got The Papers I Got The Man" by Barbara Mason, and a clubby remake of "Be Thankful For What You Got" by William DeVaughan.  © 1996-2021, Dusty Groove, Inc.