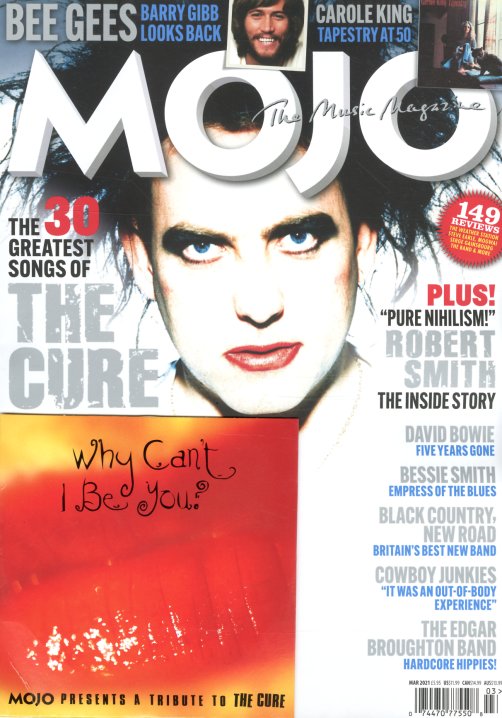 Mojo Magazine serves up a special cover feature on the 30 Greatest Songs Of The Cure – one that we're sure will spark more than a few letters to the editor – in an issue that also has Robert Smith giving the inside story of the band! There's also a look back at the five years since David Bowie departed the planet – and more on Cowboy Junkies, Black Country New Road, Barry Gibb, The Edgar Broughton Band, and even Bessie Smith – plus a look at the 50th anniversary of Carole King's landmark Tapestry album! There's lots more too – a bonus Cure tribute CD, and reviews for 149 new releases!  © 1996-2021, Dusty Groove, Inc.

Issue 330 – May 2021 (with bonus CD)
Mojo, 2021. New Copy
Magazine...$11.99
The lovely Kate Bush is on the cover – and the issue features a vintage unpublished interview, plus more on her story and secrets – including information on Hounds Of Love and her Tour Of Life! There's also some unseen Beatles photographs – and more on Nick Cave, Rickie Lee Jones ... Magazine