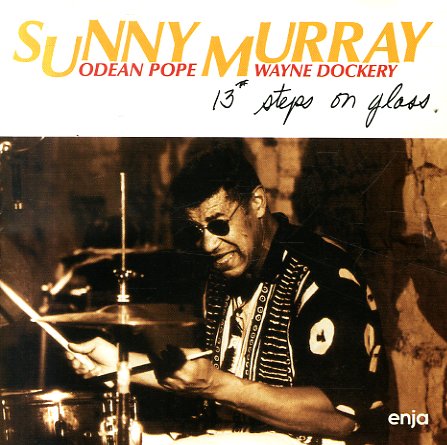 A really surprising later album from free jazz legend Sunny Murray – a set of shorter tracks, definitely with more structure – but which still very much have that strong voice that Murray developed during the ESP years of the 60s! Things aren't ever too free or far outside, but always have an edge – and the group is an interesting one, a trio with Odeon Pope on tenor and the great Wayne Dockery on bass – the latter a very overlooked player, and one who can really adapt to a setting like this, forming a key bridge between the others. Some titles are originals, some are standards given a really special spin – and titles include "Out For A Walk", "Lover", "Emoi", "Blues For PC", "Constant Blue", and "Well You Needn't".  © 1996-2021, Dusty Groove, Inc.
(Part of the "Enja – Real Jazz Classics" series!)