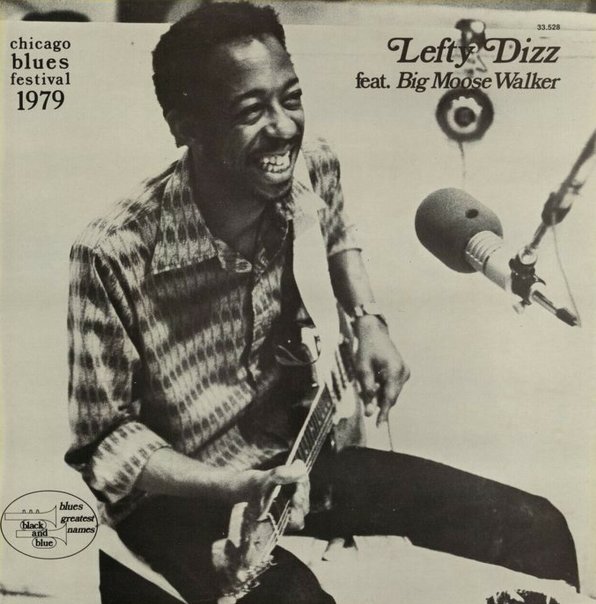 One of the first recordings to ever feature Lefty Dizz in the lead – done at a time when the singer/guitarist was a young star on the Chicago scene, but getting some key exposure here, thanks to an overseas recordings! Lefty's as great as you might guess from his name – a strong personality, but never in a way that's as hokey or overstated as he might be in the hands of a big label production – just balanced with the right sort of Chicago roots energy, in a group that also features piano and a bit of vocals from Big Moose Walker, and some additional guitar from Willie James Lyons. Titles include "Blue Shadow", "RM Blues", "Take Out Some Insurance", "Things That I Used To Do", "All Right OK You Win", "One Eyed Woman", and "Lake Shore Drive Boogie". CD features bonus tracks – "Shake For Me", "Funny Acting Woman", and "Blue Shadow (take 1)".  © 1996-2021, Dusty Groove, Inc.
(Part of the "True Blue Masters – Black & Blue" series!)