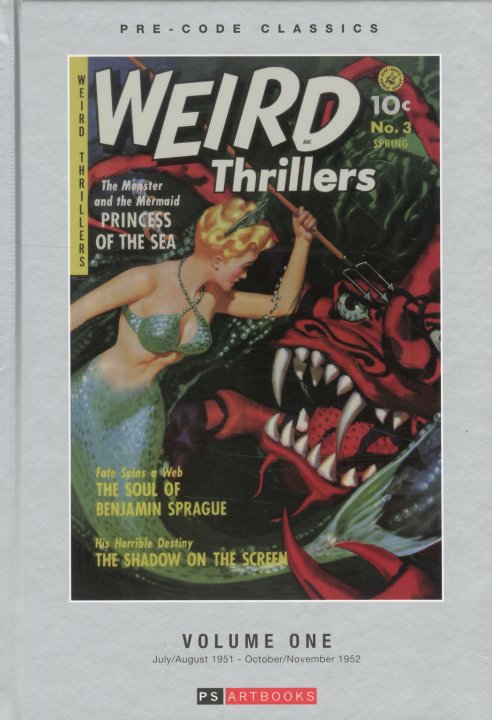 A great lost entry from the world of postwar comics – a magazine that's maybe not as totally horror-oriented as some of its contemporaries, but which makes up for that vibe with some nice sci-fi and revenge-based tales as well! The feel here is a bit like DC's Tales Of The Unexpected – well-done stories that move towards the supernatural, but don't always embrace it with the kind of gory details of some of the publication's contemporaries – which keeps things at a surprisingly classy level throughout – in part because of the issues' great artwork from Murphy Anderson, Gene Colan, Carmine Infantino, Alex Toth, Sy Barry, Ross Andru, and Bob Powell. The hardcover volume presents five full issues of Weird Thriller, and one more of Weird Adventures – all with full color contents, and some beautiful painted covers.  © 1996-2021, Dusty Groove, Inc.

Houston Rap (hardcover)
Sinecure, 2013. New Copy
Book...$42.99 59.98
40 years back, we never would have used the words "Houston" and "rap" in the same sentence, much less in the title of a book – but the city's had a surprisingly strong legacy in the world of hip hop – and has become every bit the southern powerhouse as Atlanta – ... Book